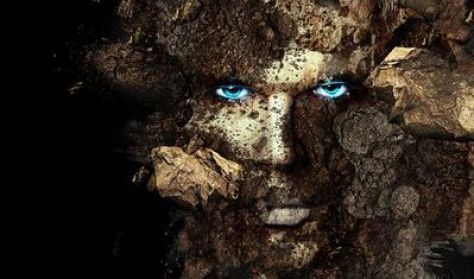 “For the sake of that most beautiful of my life-dreams "Young Siegfried," I shall have to finish the "Nibelungen" pieces after all; the "Valkyrie" has taken so much out of me that I must indulge in this pleasure; I have got as far as the second half of the last act. […] As I have never in life felt the real bliss of love, I must erect a monument to the most beautiful of all my dreams, in which, from beginning to end, that love shall be thoroughly satiated,” wrote Wagner to Ferenc Liszt in 1854. The work was premiered in Bayreuth in August of 1876, when the entire tetralogy was first performed. 140 years later, the next instalment of Géza M. Tóth's new production of the Ring cycle will again be on the Opera's programme to tell the tale of the hero who knows no fear.

Act I
Deep in his cave, the dwarf Mime is forging a sword for Siegfried, the foster son he has raised. He despises the boy, but hopes that Siegfried will use the sword to slay Fafner, who, having transformed himself into a dragon, now guards the Nibelung hoard. In this way, he plans to obtain the ring that will give him the power to rule the world. Siegfried arrives and angrily shatters the inferior weapon. Watching the beasts in the forest, the boy has realised that the dwarf cannot be his father, since there is no resemblance at all between them, and so he demands that Mime tell him who his parents are. Terrified by Siegfried's threats, Mime finally reveals to him how he found Sieglinde in the forest and how she died while giving birth to the boy. He then shows Siegfried the fragments of Nothung, the sword that once belonged to the young lad's father. Siegfried orders Mime to forge the pieces together and then departs.
The despairing dwarf knows that he is incapable of doing what the boy demands. After a while, a stranger arrives: it is Wotan, the chief of the gods, disguised as the Wanderer. He challenges Mime to a game: each will ask the other three questions, and the loser will pay with his head. The Wanderer easily solves Mime's puzzles, to which the answers are “the Nibelungs”, “the giants” and “the gods”. Now it is Mime's turn. He has no difficulty answering the Wanderer's first two questions, but gives up in terror when asked who it is who will restore the shattered Nothung. The Wanderer upbraids Mime for his interest in distant matters when he knows nothing about things that concern him personally. Wotan departs without taking the dwarf's life, entrusting it instead to the one without fear who will reforge the magical blade.
When Siegfried returns to claim his father's sword, Mime confesses that he doesn't know how to repair it. After unsuccessfully attempting to explain the concept of fear to the lad, he suggests that Siegfried go to Fafner's cave, where he will experience what fear is. Siegfried agrees, and then enthusiastically goes about reforging Nothung himself. In the meantime, Mime brews a sleeping potion that he plans to give to Siegfried after the boy has slain the dragon. With the newly reforged sword flashing in his hands, Siegfried splits the anvil in two with one blow and races off into the forest.
Act II
That night, Mime's brother Alberich is waiting in concealment by the entrance to Fafner's cave. The dwarf is obsessed with regaining the ring that was once taken from him. The Wanderer arrives and informs him of Mime's plans. He also awakens Fafner to warn him that a young hero is approaching to kill him. Unperturbed by the news, the dragon returns to his slumber.
As dawn is breaking, Mime and Siegfried reach the cave. Siegfried is enchanted by the peaceful beauty of the forest and thinks of his parents. On a reed flute, he attempts to imitate the singing of the birds, but to no avail. He then blows his horn, which awakens Fafner. In the battle that ensues, Siegfried slays the dragon. With his dying breath, Fafner warns the youth of the corrupting power of the treasure. After Siegfried accidentally tastes a drop of Fafner's blood, he suddenly finds that he can understand the singing of the Forest Bird, who gives him advice regarding the hoard.
Alberich and Mime are interrupted from their quarrelling by the approaching of Siegfried, who has brought the ring and the Tarnhelm with him out of the cave. The birds cautions him not to trust Mime, so when the dwarf offers Siegfried the sleeping potion, the youth kills him. The bird then tells him of a beautiful woman named Brünnhilde who is sleeping high on a rock surrounded by fire. Siegfried heads off to find her.
Act III
At the foot of a craggy mountain, Wotan summons Erda, the goddess of the earth in order to ask her what the fate of the gods will be. Erda avoids answering and returns to her eternal sleep, while Wotan is resigned to the inevitable destiny of the gods. There is no hope left other than Brünnhilde and Siegfried. When the passing Siegfried encounters the chief god, he takes him for an ordinary old man and mocks him. The Wanderer attempts to block his path, but with one blow of his sword, Siegfried splinters the god's spear: the same spear that shattered Nothung years earlier. Having lost the battle, the Wanderer/Wotan withdraws.
Siegfried reaches the rock outcropping where Brünnhilde lies sleeping. As he has never seen a woman in his life, he believes that it is a man he has found. Upon removing Brünnhilde's armour, he is completely enchanted by her beauty and finally understands what fear is. Conquering his emotions, he awakens Brünnhilde with a kiss. The former Valkyrie greets the sunlight and is overjoyed to learn that Siegfried is the one who has freed her. However, aware that earthly love will mean the end of the life she has known as an immortal, she attempts to resist his passionate declarations of love. Eventually, however, she surrenders to her feelings, and together Brünnhilde and Siegfried deliver a paean to love.