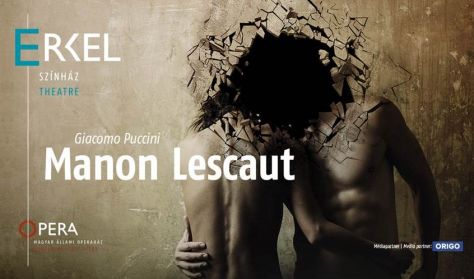 Puccini's imagination was captivated by the love story of Manon Lescaut and the Chevalier des Grieux, in which the protagonists defy social norms and the accepted moral law in order to be with each other, as a similar tale of passion had taken place in the composer's own life: his affair with Elvira Bonturi, a liaison that stirred enormous emotions in him but which, owing to the strictness of Italian law, could not become an official marriage, filled his life. More than one associate tried to talk him out of using the subject, not only because of his own personal proximity to it, but because of the tremendous success of Massenet's own Manon as well. Fortunately, however, Puccini could not be swayed, and his first nationwide success was born, which was soon conquering stages all over the world.
The Opera's audience will get to see this work once again, this time in a production directed by Máté Szabó.