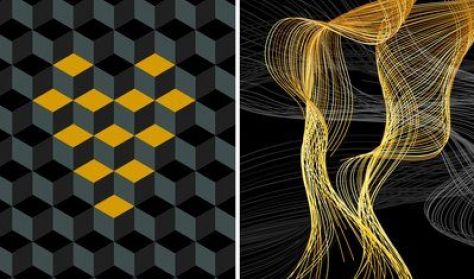 The Gold and the Woman; The Tót Family

Both operas are being directed by Csaba Káel on the Bánffy Stage at the Eiffel Art Studios.  more

Jenő Kenessey; István Örkény – Péter Tóth
The Gold and the Woman; The Tót Family
Operas in Hungarian, with Hungarian and English surtitles


This programme features opera versions of two literary works by two important authors from the Hungarian world of letters: the opera based on Gyula Krúdy's eponymous play that Kálmán Nádasdy commissioned long ago, and now, more than 70 years after that premiere, the Opera is staging a world premiere based on one of István Örkény's key works, The Tót Family.
The Gold and the Woman was Jenő Kenessey's sole foray into the genre of opera and, at the same time, one of the most popular Hungarian works of the first half of the 20th century. The piece is the story of a 15th-century parabolic love triangle. The ageing husband in a rather empty marriage takes his revenge on the young man out to seduce his wife by tempting him in a different way: by offering him counterfeit gold coins made in his alchemist’s shop. Not suspecting anything, the elated young man chooses this glittering wealth. The husband, however, alerts the town guard, and the soldiers immediately arrest the greedy owner of counterfeit money. The married couple is left alone once again.
A few years after the success of his fairy tale opera Prince Árgyélus, composer Péter Tóth, who also serves as dean of the University of Szeged’s faculty of music, set to work on composing an “adult” one-act piece. The Tót Family is one of the most important novellas and plays in Hungarian literature, which now, following the emblematic Fábri-Latinovits film and a slew of theatrical productions still competing with each other to this day, has found a place for itself in the genre of opera.

The Gold and the Woman
Like the drama by Gyula Krúdy that inspired it, the opera version of The Gold and the Woman shows how foolish it is for a man to give up a woman’s love in exchange for the clinking of gold. The protagonists are a grim mercenary soldier and an unhappy young wife. What comes between the two, however, with its seductive magic – and through the intercession of the woman’s alchemist husband – is the vain lustre of wealth: the ruin of this soldier, it makes him turn heedlessly away from the love he feels in his heart as he is bewitched by the profane ringing of gold.
For the mercenary captain himself is not innocent of the sin of seduction, as after the couple provided him with lodging, he employed actors to create a few commotions in the bourgeois home in order to divert the husband’s attention. But this was exactly what inspired the master of the house to teach a lesson to the soldier, who loses everything in his lust for gold.

The Tót Family
Gyula Tót is an ensign fighting on the Russian front. He convinces his superior officer, whose nerves are shot from the constant danger from the partisans, to spend his leave with the ensign’s parents in the Hungarian mountain village of Mátraszentanna in order to recuperate amidst the refreshing scent of pine trees. The major arrives in the community, and the Tót family attends to his every wish. They receive from him the promise that when he returns to the battlefield, he will arrange to have Gyula serve with him in the well-heated battalion headquarters, in order to protect him from the cold Russian winter. During his stay with the family, the major cures himself with work therapy, in the form of making boxes, which the Tóts are compelled to take part in all day and all night. That is, until the cardboard cutting machine slices down for the last time...

Opera in three acts, in Hungarian, with Hungarian surtitles