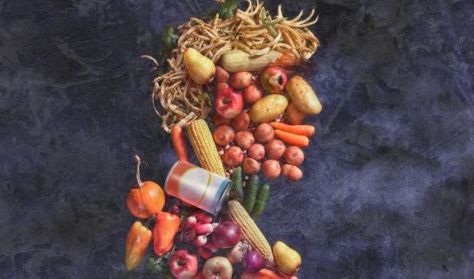 Dozens of people end up quarantined due to the bad weather. Emotions run high: those who shouldn’t, fall in love; those who are together, fall out of love. When locked in together, people learn a lot about each other. Instead of the wedding during carnival, a several days long quarantine party starts, forging a community from this rag-tag party, who follow the forbidden love between Kálmán, a student from the town of Csurgó, and Zsuzsika, a sensitive girl suffering from mild depression, with watchful eyes. And of course others fall in love as well, they devour their food rations, and the orchestra plays night and day, only to return to normal once the quarantine ends. Ede Poldini’s comic opera first premiered on 16 February 1924 at the Hungarian State Opera. Its libretto had already been written by Ernő Vajda a decade earlier, but the world war delayed the completion of the piece. First night was a huge success, Love Adrift went on for a hundred performances. It is an unusual piece of repertoire although it is one of those rare Hungarian works that once enjoyed fame internationally, in Vienna, Dresden and London.
The piece has now gained entirely new meaning in light of the long months of the recent epidemic, with a long list of scenes and emotions familiar to all of us: they help us laugh about ourselves and how we spent this period locked between four walls.