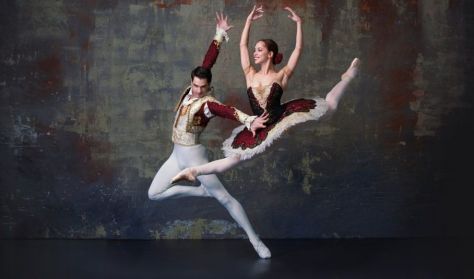 If all seats are sold out for the selceted time, 64 standing seats at reasonable prices for the 3rd floor balcony become available 2 hours before the start of the performance. Tickets can be purchased at the Opera House ticket office and online. Please note there is limited view from the side seats and the standing places, but the performance can be followed on screens.

An avid and passionate reader of chivalric romances, Don Quixote decides that for the sake of his own glory and the common good, he must set out in search of adventures as a knight-errant. He sets for himself an objective no lower than to redress grievances, right wrongs and repair injustices. The popular story of the Knight of the Woeful Countenance was presented in a new production at the OPERA in 2016. The legendary 1940 Moscow performance featuring choreographies by Petipa, Goleizovsky and Gorsky was tailored-made for the Hungarian National Ballet by internationally renowned Russian master Michael Messerer assisted by Hungarian set and costume designers.

Children’s production for little ones Please note, that this programme is in Hungarian and we do not provide any translations.

Little SleepingBeauty - premiere Youth programme This performance is not recommended for chrildren under the age of 4.