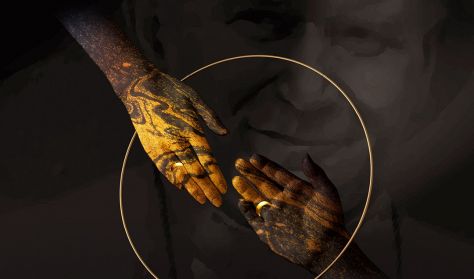 Contemplation on the sacrament of marriage with Krzysztof Penderecki's music, in one part, in Hungarian

The namesake of the square where the Erkel Theatre is situated was the author of serious literary works and had close ties to the theatrical world: during his university years, the future Pope John Paul II organised literary gatherings and belonged to several dramatic companies, some of which he led. Karol Wojtyłá’s 1960 dialogue in verse The Jeweller’s Shop centres on three couples who go to a jeweller’s shop to obtain engagement rings. By relating the stories of the different couples, the philosophical text examines the themes of love and the sanctity of marriage. In this production, the Opera has paired the Polish “dramatist” with the always remarkable sounding musical world of his friend the recently deceased contemporary Polish composer Krzysztof Penderecki as accompaniment for the prose actors.

In association with Vörösmarty Theatre of Székesfehérvár.

Opera in three acts, with prologue and epilogue, in French, with Hungarian and…

“Between Generations” – The Oeuvre Concert