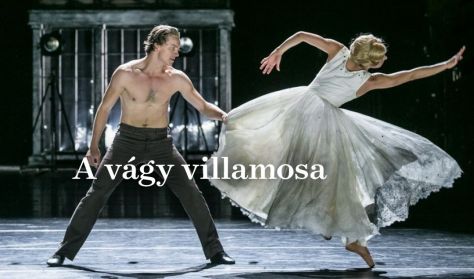 A Streetcar Named Desire is Marianna Venekei's first full-length choreography. The project, lovingly nurtured for many years, is a collaboration between her and composer-saxophonist László Dés. Using the means of modern ballet, its creators evoke the atmosphere, sights and music of the New Orleans of the 1940s, the time and setting of Tennessee Williams's original work, in a production driven by the sheer variety of the musical and dance motifs, and the unique personalities of the characters. The story of the fall of Blanche DuBois is a drama of family bonds, unrequited love, acceptance and physical force that never loses its relevance.
The permission of the copyright-holder was obtained through the intermediation of Hofra Kft. (www.hofra.hu)
“A world première and Venekei's first full-length work for the Hungarian National Ballet, this close adaptation of William’s 1947 work, is a pearl not to be missed.”  (Katja Vaghi, Bachtrack)
AUTHORS
Choreographer

The original play was written by

Libretto after the play of the same name by Tennessee Williams

Opera in two parts, three acts, in Hungarian, with Hungarian and English surtitles